To better understand Oxfam's challenges, we initiated an in-depth period of research and analysis. We wanted to better understand how the Oxfam brand as a whole was being used across different regions of the world, how individuals interacted with the brand and how differently the Trailwalker event was being produced from location to location. Our research led us deep into the workings of each geographic location, truly finding regional and cultural differences along with the elements of each Trailwalker that made it such a special and unique event for the region.

We revealed a series of inconsistencies and nuances both small and large - ones that had a big impact on the challenges Oxfam and State Street faced in taking this global. We also found that key stakeholders and executives at both Oxfam and State Street were unaware of these gaps, which necessitated direct and strategic alignment from all parties at the highest level.

With our findings, we brought together executives from both organizations for a one-day summit in London. We took this opportunity to educate all stakeholders through the output of our due-diligence and to collaboratively outline a plan that would harness the opportunities ahead.

This education was a vital alignment for all teams involved. It would help us find an agreement on all business objectives and strategic imperatives as to how we would approach this undertaking. For TRACS, we saw this summit as the crucial turning point that would enable us to pivot the idea from planning to execution.

The outcome of our one-day summit in London was positive. Our discussions had energized teams from every organization and with the needs identified, we were able to evolve the strategy into an action plan.

First, we had outlined the need to unify all brands consistently. This would result in a series of creative exercises that would help to establish a globally uniform brand identity for Trailwalker that was inclusive of the Oxfam and State Street brands.

We had also identified the obstacles that were preventing regional teams from working with corporate partners effectively. In order to help eliminate those barriers, we outlined a plan that would create both a scalable framework and a unique sponsorship model that would allow the event experience to integrate seamlessly into any culture.

With our outputs validated and strategies in place to execute our plan, we gained overwhelming support from State Street and Oxfam - affirmation that this idea could be brought to life and be able to make the global partnership a success. We needed to find an intelligent and strategic way to deploy these events that would be effective and efficient for the teams who would run and manage them. 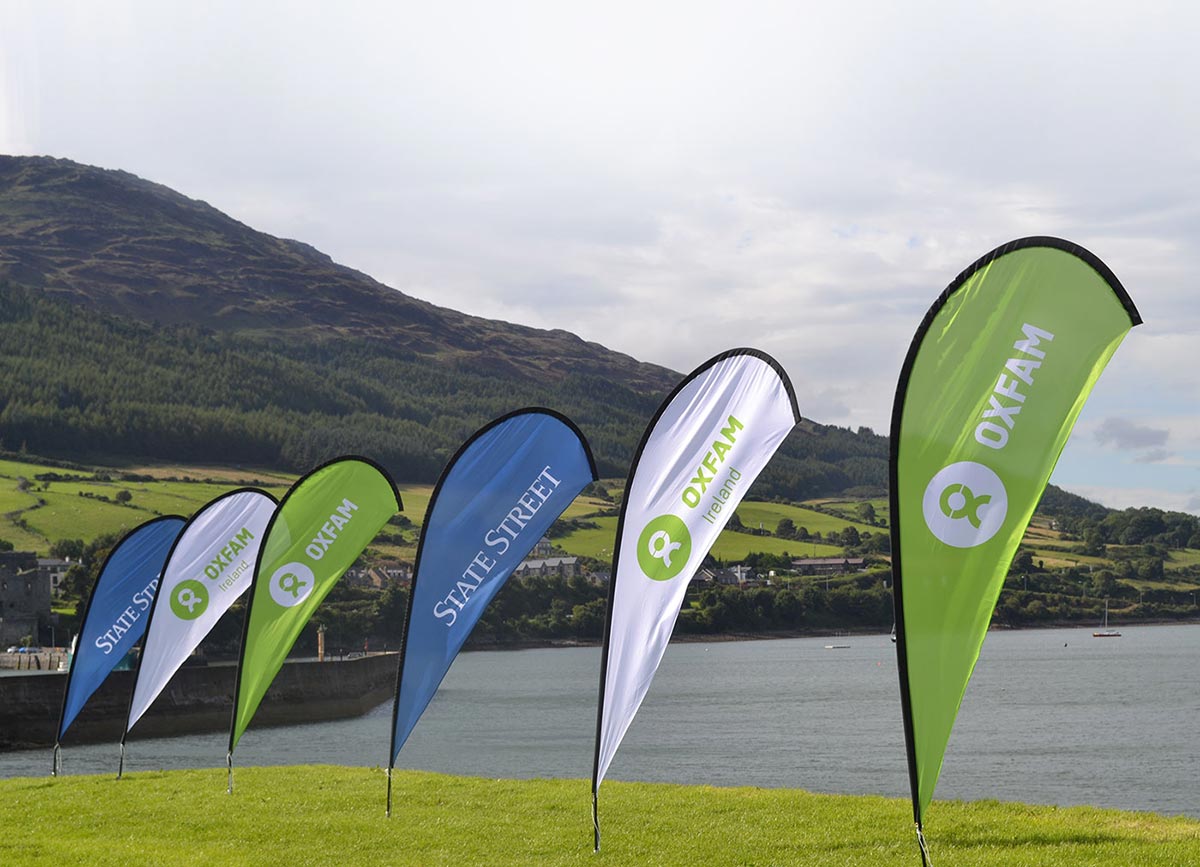 One of the many considerations we took in designing the right framework was the level of manpower and effort required to execute successfully. With limited bandwidth at the global level, we needed to create a system that would help provide focus for the State Street and Oxfam teams and would concentrate budgets in the right areas, while still maintaining global scale.

We created a three-tiered event framework that would allow us to deploy events at various levels of scale and accommodate large or small levels of participation. The first tier were the premier events in Hong Kong, the United Kingdom and Ireland. These events had a long history of large attendance and high-levels of sponsorship and production. Together, these three locations accounted for nearly 32% of fundraising for all 15 events.

We designed tiers two and three to be easily deployed and managed with turn-key solutions based on attendance and scale. The event kits were complete with co-branded materials and were easily implemented with enough flexibility to allow variations in deployment and management of the regional event.

Now that we had built a strong framework and executional plan, we needed to gain acceptance and approval from the participating members of the Oxfam and State Street regional offices before putting the whole approach into action.

Throughout our research and planning, we had meticulously identified certain challenges in each region's event planning process. We wanted to understand, at a deep level, how each Oxfam and State Street location approached these challenges. So we set out to convene with each organization's local offices separately to dig deeper into each team's process.

Following the series of regional interviews and discussions, we developed a customized and consistent approach that would help each team understand how to implement the cohesive Trailwalker program successfully. We then brought together all key regional stakeholders from State Street and Oxfam to reveal the plan that would ultimately gain unilateral approvals to take our Trailwalker series to this new global level.

With months of strategic and visual design behind us, along with a massive global roadshow to unite many different groups from State Street and Oxfam corporate entities, we were at the position where we were ready activate each of the three tiers of the newly unified Trailwalker event. Among the pieces of this activation was the need to further engage employees from State Street at each of the Trailwalker events. 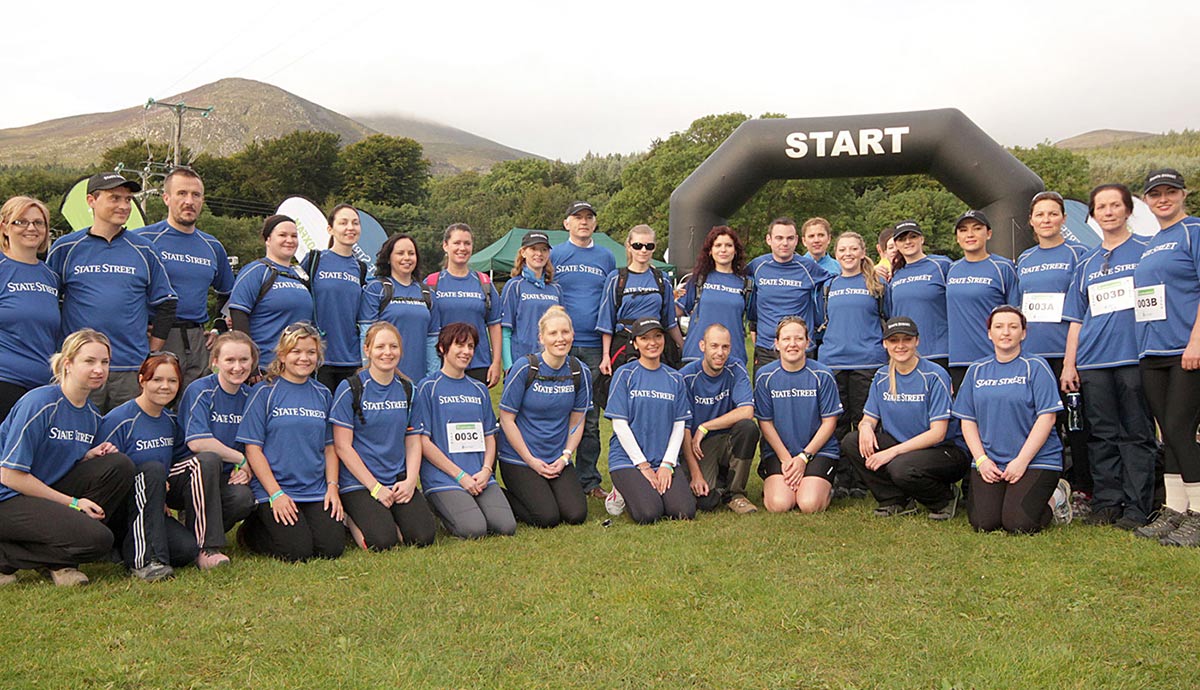 To do this, we developed an internal strategy that would help build awareness of the events, elevate the business opportunities that each event presented, and develop a richer volunteer recruitment initiative.

In parallel with the tiered event framework, we defined a series of volunteer positions that ranged from lightweight to heavier commitment based on desire and bandwidth. Clear roles would help to better guide the volunteer's involvement in either the preparation or management of the event, making it easier to find support positions for interested employees from all levels. We then designed a series of lunch-and-learn sessions within State Street to better educate and recruit employees to volunteer.

From an executive standpoint, we also helped our State Street partners connect the integral dots that would identify potential business opportunities at each event. For example, we helped to identify the industry executives who would be in attendance for the events and who would be important to illicit individual in-person meetings during the days of the event.

With this focus on employee awareness and recruitment, we found a nearly 16% increase in involvement from the previous year and knew that we had built a framework that would root the global scale that Trailwalker was set to establish.

Highlights of Activation in Tier One Markets 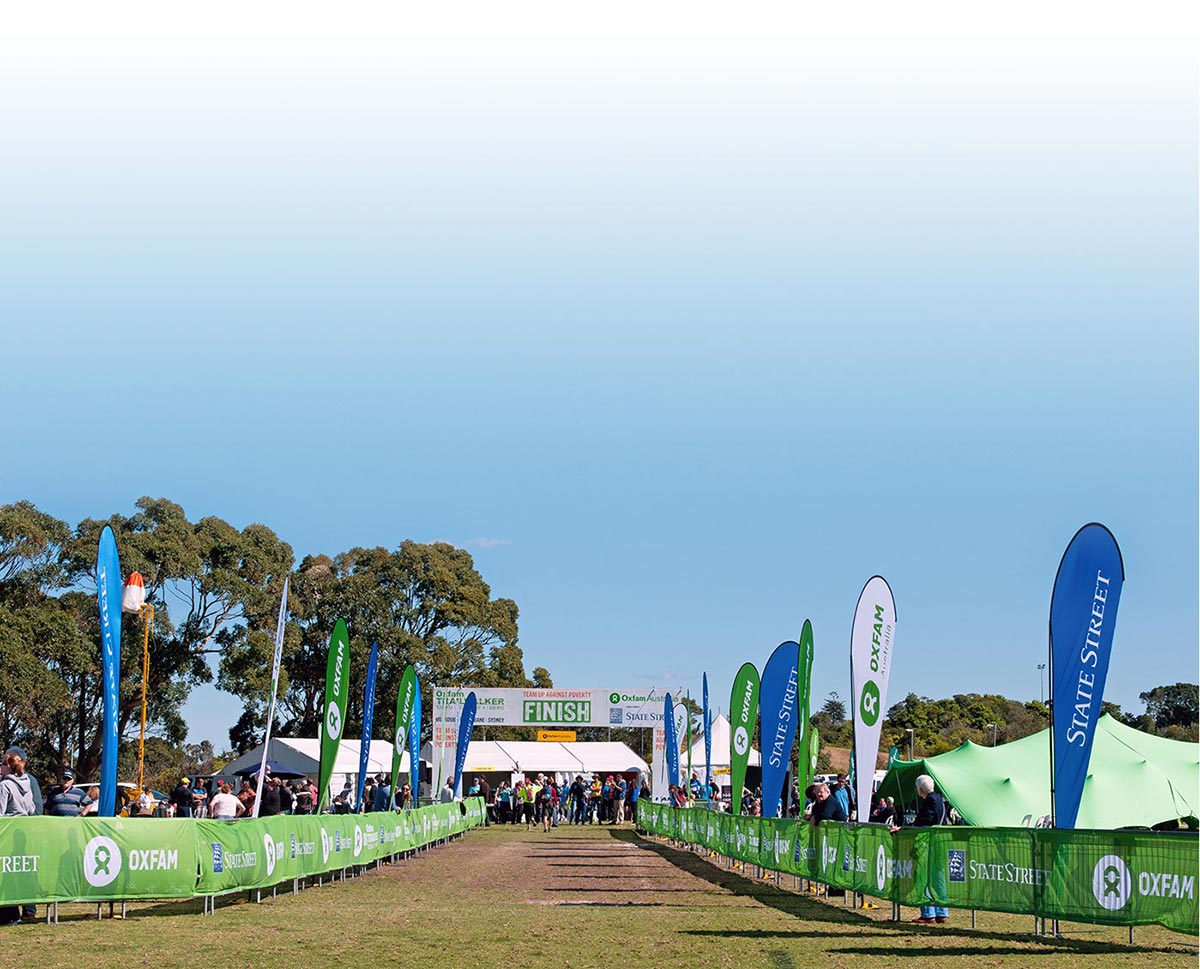